Malaysian Cuisine is a mixture of various food  cultures from around the Malay archipelago, Indian, China, the Middle East and several European Countries. This diverse culture stems from Malaysia’s diverse culture and colonial past.

In the 15th Century, Malaysia was an important passageway for maritime trade; passing through were Arab traders, Portuguese, Dutch and British colonists and traders who introduced food staples.

Being a multicultural country, MALAYSIANS, have over the years adopted each other’s dishes to suit the taste buds of their own culture. Malaysian of Chinese descent have adapted the Indian curry and made it more dilute and less spicy to suit their taste. Chinese noodles have been crossed with Indian and Malay taste buds thus “Mamak” mee goreng was born.

The Malaysian Chef of Punch Bowl is of Indian descent of a mixture of Northern and Southern India. However her family itself is multi-racial with Chinese, Sikh, Malay, Eurasian and having family married with various nations; America, Canada, Philippines, Madagascar, Japan, Australia, Sri Lanka, Germany, Scotland, England; have influenced her versatile cooking methods. 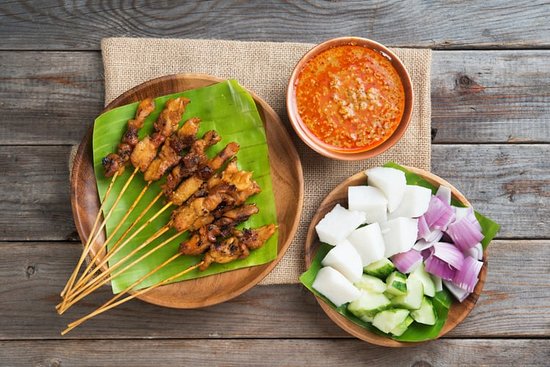 Selamat datang and welcome. The Punch Bowl Low Bentham brings you the delight of authentic Malaysian and British Food.

Don’t be afraid to ask us questions and don’t hesitate to say the dishes names.

Please inform us of food allergies and special dietary requirements.

WED-SUN FROM 5PM-9PM;
20% discount on takeaways meals only

Extras or Side Dishes

Burger in a Bun £10.50
With tomatoes, lettuce & a side of chips. Add gherkins, onions, cheese or bacon. Options; beef or venison or vegetarian.
Hotdogs £7.50
Either in a bun or on its own
Served with tomatoes, lettuce & side of chips; add onions or tomato sauce or chilli sauce or mustard. Options; plain or wild boar or vegetarian.
Pizza £10.50
Served with a side of chips and garlic bread. Choose from; tomato & cheese or pepperoni or cheeseburger.